Home › Destinations › Back To Its Roots

Back To Its Roots

On The Road at Tianguis Turistico 2017 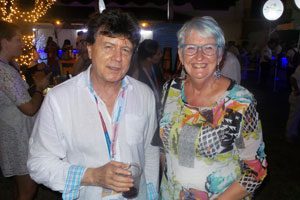 PressToday’s Ian Stalker was on hand for the opening ceremonies and notes that this year’s event returns to its roots, having originated in Acapulco decades ago.

He reports that while Tianguis used to be held in Acapulco every year, the Mexican government decided several years ago that it should only be held in that seaside city every second year.

Acapulco officials hope this year’s show will help revitalize tourism in their city where only 10% of visitors are now from abroad.

“Tianguis Turistico in Acapulco is the ideal stage to showcase the unique experiences that Mexico has to offer,” said Lourdes Berho, CEO of the Mexico Tourism Board. “Tianguis is key to our continued success as it allows us to align and grow closer to our industry partners such as tour operators, airlines, and hotels who support us as Mexico continues to be the preferred travel location for travellers around the world.”

Additionally, Tianguis Turistico will feature new and diverse companies in the tourism industry, innovative strategies and means of communication that will serve to continue consolidating the tourism activity as one of the main engines behind Mexico’s economic growth.