Home › Airlines › Believe It Or Not: Airline Customer Satisfaction Improving

Believe It Or Not: Airline Customer Satisfaction Improving 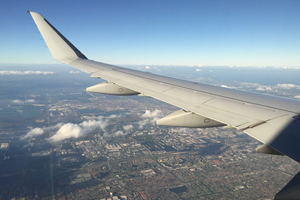 In fact, according to the survey, overall customer satisfaction with airlines has reached its highest level ever, continuing a trend that now stretches five consecutive years.

“It’s impossible to think about airline customer satisfaction without replaying the recent images of a passenger being dragged from a seat, but our data shows that, as a whole, the airline industry has been making marked improvements in customer satisfaction across a variety of metrics, from ticket cost to flight crew,” said Michael Taylor, travel practice lead at J.D. Power. “As recent events remind us, however, airlines have significant room for improvement. Airlines still rank among the bottom tier of most service industries tracked by J.D. Power, far lower than North American rental car companies or hotels.”

Following are some of the key findings of the 2017 study:

The North America Airline Satisfaction Study, now in its 13th year, measures passenger satisfaction with North American airline carriers based on performance in seven factors (in order of importance): cost and fees; in-flight services; aircraft; boarding/deplaning/baggage; flight crew; check-in; and reservation. The study measures passenger satisfaction among both business and leisure travellers and is based on responses from 11,015 passengers who flew on a major North American airline between March 2016 and March 2017.