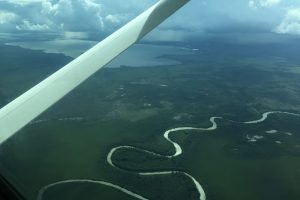 With Saturday’s departure of flight 2604 from Toronto’s Pearson International Airport, WestJet officially became the only Canadian carrier to offer direct service to Belize.

“Leaving Canada and hitting the beaches in Belize by mid-day is something that Canadian travellers are not used to and we have absolutely changed the game with our twice-weekly service from Toronto,” said Bob Cummings, WestJet executive vice-president, Commercial. “I extend a big thanks to our WestJet team, the Minister of Tourism and Civil Aviation as well as the Belize Tourism Board for their support in the creation of this significant route.”

Belize is WestJet’s 21st destination in the Caribbean and third destination in Central America. Flights are operated on WestJet’s Boeing 737 aircraft featuring the enhanced Plus product and WestJet Connect, WestJet’s inflight entertainment system connected directly to smartphone, tablet or computer.