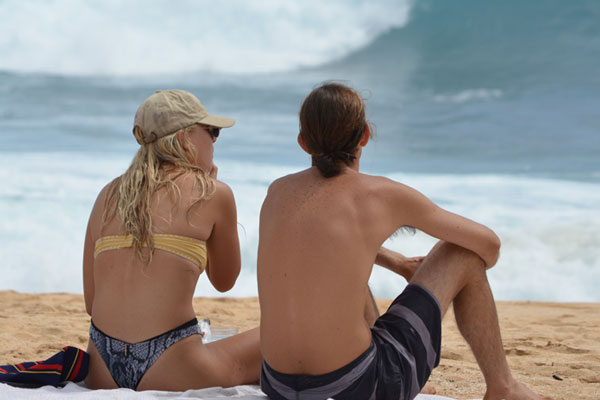 There was not a whisper of volcanic action nor tropical storm anywhere in sight during the recent Global Tourism Summit in Hawaii.

That was good news for organizers, who had some nervous moments prior to the event, given the succession of natural calamities that had swept through the islands during 2018.

There was dramatic eruptions of the Kilauea volcano on Hawaii Island that caused weeks of lava flows and smoke, starting in May. Then Hurricane Lane swept into Hawaii in late August, lashing Hawaii Island with heavy rains. And finally there was the powerful tropical storm Olivia that crossed the state in mid-September, making landfill on Maui and Lanai.

“We had to consider possibly cancelling the summit because of the recent storm,” said George D. Szigeti, president and CEO of the Hawaii Tourism Association, showing evident relief during his opening address.

But there was nothing but blue skies and warm sunshine during the conference, which was attended by travel product buyers and managers from around the world. It confirmed that Hawaii is back on track and open for business, said Colin Wood, account director of Hawai’i Tourism Canada.

Those unpredictable forces of nature provided an easy talking point for attendees, who were already engaged in matters of seismic world tourism changes through the agenda of the conference – “Charting the Course.”

That theme spoke to the need of travel destinations to constantly seek a balance between the economic infusion tourism generates for states and counties, against the negative impacts it can cause for residents and communities.

The hot-button subject of tourism’s impact on communities – especially in regard to short-term vacation rentals and alternative accommodations in neighbourhoods – was addressed.

“Balancing tourism’s economic benefits for business and government with its effects on residents’ quality of life is delicate and requires all points of view to come together and work toward solutions that are fair and reasonable,” said Szigeti.

The summit attracted more than 2,200 attendees from 32 different countries, and was held at the Hawaii Convention Center in Honolulu, Oct. 1-3.