Booking Site Gets Thumbs Up At YVR India Event 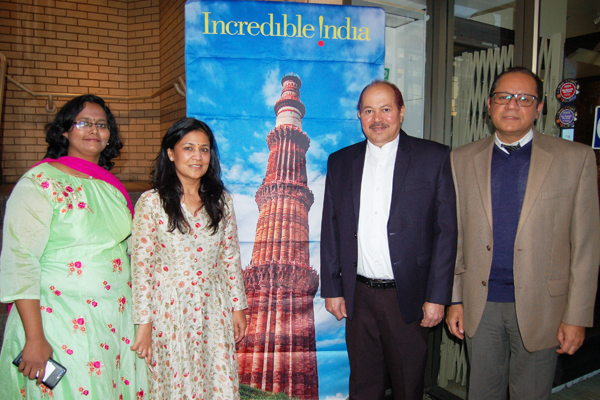 The automatic rate adjustment function of the booking site, which quickly changes the final tour program prices according to the addition/subtraction of land tour products, different hotels or different flights, was demonstrated to agents in attendance at the event.

It was held at the Salam Bombay Restaurant in downtown Vancouver and jointly hosted by the India Tourism office in New York and by Services International.

Garima Shamsukha of Services International, which is based in India but is repped by Shamsukha in Toronto, led the demo of the website. She described how the site was able to automatically adjust prices per-person according to how many people in a group were booking together, and could also quote prices in a wide choice of currencies.

Sales of tour packages by the company are commissionable at 10%. Alternatively, an agent can get products from Services International at net rates, and then mark them up accordingly. Attending agents were suitably impressed by the website functionality.

Fam trips for travel agents by the company will operate April/May to September, and spouses/partners will travel at the same price as the agent, said Shamsukha, who is the manager of business development for the company. Services International runs about six fams per year, and agents can choose their own travel dates.

Also in attendance at the India dinner was Priya Dingorkar, an information officer for India Tourism based in New York.

She brought news that the government of president Narendra Modi has made a big shift toward providing more support for tourism. She said, for example, that major festivals like the Pushkar Fair in Rajasthan, the Mysore Dasara Festival, also in Rajasthan, and the national festival of Diwali were getting more international promotional exposure. Tourism arrivals are “on an upward trajectory” said Dingorkar, citing an increase to 11 million from 10 million in 2018.

Luxury travel options are increasing, including the Taj Lake Palace Hotel in Udaipur and the Maharajas Express luxury train. “India used to be known for ‘hippie tourism,’ but all that has changed since then,” said Dingorkar.

E-tourist visas to India are available to all Canadian citizens and cost is US$25. These are valid for 30 days. Air India started its new direct flights from Toronto to Delhi on Sept. 27. www.india-travelpackages.com; www.incredibleindia.org