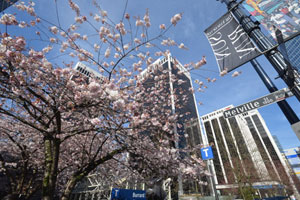 In what it describes as the “world’s first” #TravelBrag Artificial Intelligence (AI) analysis, Hotels.com reveals what’s topping travellers’ brag charts in destinations around the world.

The analysis shows just how diverse travellers to Canada are. Whether it’s enjoying rooftop cocktails or visiting the posh Ritz-Carlton Hotel in Toronto, strolling down Stanley Park or shopping on Robson Street in Vancouver, or admiring Montreal’s stunning skyline from the top of Mount Royal or wandering its cobble-stoned Old Town streets, social bragging is out in full force.

This travel bragging trend echoes the findings from the recent Hotels.com Mobile Travel Tracker report, which revealed that one in six travellers search social media before their trip to plan the photos they’ll take #inspo. And the average Canadian traveller spends more than 42 minutes a day on social media.

While travellers naturally brag about taking in the tourist hotspots and cultural offerings, more people than ever are sharing foodie grams, weather updates and sporting snaps.

As Hotels.com’s Scott Ludwig sees it:

“Bragging about your travel experiences on social media has become the norm — if you didn’t get social kudos out of it, it didn’t happen! With travel posts being so plentiful on social media, Canadians are checking out what others are bragging about to get tips for their next trip.”

Go to https://www.hotels.com for more.