And A New Study Shows Its Efforts Generate More Arrivals 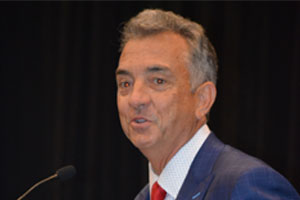 “There’s many moving pieces in a $5 trillion budget. Brand USA was created with bipartisan approval in both houses of congress and we continue to have that approval, so we feel pretty confident. We’re not thinking about not being around and our board chair has told us not to take our foot off the pedal.”

PT’s Ted Davis reports that a study commissioned by Brand USA and presented during the IPW 2017 travel trade marketplace in Washington D.C. proves that investments by the organization are generating more international arrivals, more spending and a greater market share.

Using investments by over 700 partner organizations worldwide, Brand USA has generated 4.3 million incremental international visitors to the United States over the past four years, says a recent study by Oxford Economics.

That has in turn injected US$29.5 billion into the U.S. economy over that time, says the independent research firm based in Oxford, England.

The Brand USA public-private partnership leads a national effort to market the United States as a premier global travel destination, guided by a National Travel and Tourism Strategy established in 2012.

The goal of this initiative is to welcome at least 100 million international visitors to the U.S. every year, starting in 2021.

“We are seeing tangible results from our multi-dimensional approach to marketing the United States,” Brand USA’s  Thompson said.

A political deal to restore Visit Florida’s funding has fallen apart at the 11th hour thanks to a clause that would have required member organizations to reveal sensitive financial information to Tallahassee lawmakers, reports Mike Dunbar.

According to a senior Visit Florida insider, the clause proved unacceptable to Florida’s major industry players including the state’s major theme park operators.

Christopher Thompson, Brand USA president and CEO, speaks at an event during IPW 2017 in Washington, D.C. 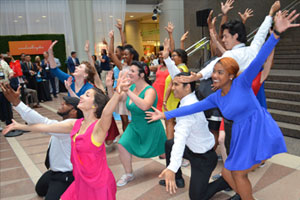