Lower Pound May Create 'Deal Of The Century' For Canadians 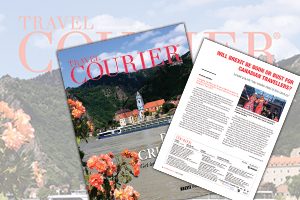 Canadian travellers may be one of the few winners in the aftermath of Britain’s surprise decision to leave the European Union (EU), reports managing editor, Michael Baginski in this week’s digital edition of Travel Courier.

As ramifications of the so-called Brexit vote continue to unravel, and with them the strength of the British pound, visitors to the United Kingdom will find a destination that is more affordable than it has been in decades.

Post vote, the pound had plummeted to a 31-year low; at press time it registered Cdn. $1.74 – close to 15 cents lower than before the vote.

“With the weaker GBP this should be a great time for Canadians to visit the UK,” Gordon Burwood of Canadian tour operator DHTour told Travel Courier from London, where he said the general sentiment of the referendum was “great shock and surprise at the result from both sides of the issue and from both sides of the English Channel.”

He said he expected that “with the political uncertainties to come, exchange rates will fluctuate over the next year or so making it difficult for operators to set prices. Look for more currency surcharges, or rebates, in 2016-17.”

But he notes, “IATA is already forecasting more inbound travellers to the UK and less outbound as the GBP weakens. [Similar to less Canadians visiting the US because of higher cost and more visitors to Canada]…

“The main impact for Canadian travellers will be financial. If the British pound remains week against the Canadian dollar then travel in and around the UK will cost less for travellers.”

He adds that while the Euro “seems to be holding steadier than the GBP, [it] but could also fluctuate during Brexit.”