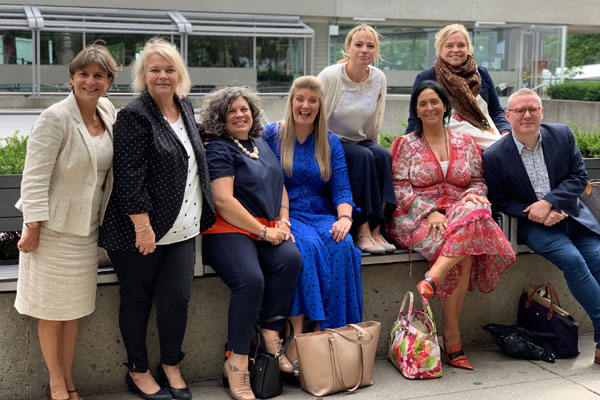 Although Shakespeare’s England Ltd. takes its name from the literary great, chief executive Helen Peters says there’s plenty more for visitors to do than discover the birthplace of the poet and playwright.

“We used the branding Shakespeare’s England because that’s our hero brand. Most people have heard of Shakespeare and that’s their reason to come to the area but as a region, there’s a lot more than just Shakespeare,” she told PressToday.

In Toronto yesterday (Sept. 3) as part of a Canada sales mission, Peters says the destination management organization for Stratford-on-Avon, Warwick, Kenilworth, Royal Leamington Spa and the surrounding areas is filled with attractions like the Gin School and Tour, the British Motor Museum packed with a James Bond display and an 1,100-year-old castle.

For travellers looking for something new to do in London, a hot ticket is an immersive experience of Jeff Wayne’s musical version of The War of The Worlds. Set in 22,000 square feet in the middle of London, live and virtual actors will take up to 12 people at a time to walk, crawl and travel back to 1898 during an interactive two-hour adventure.

“Immersive is becoming an absolute must. People don’t want to see things anymore, they want to be part of the experience and engage in a whole different level,” says Ana Araque, sales and marketing consultant for Dot Dot Dot London. “We created this Victorian street times so you walk down the street and you get bombarded, you get blown up, you get to cry, you get to escape the city. It’s two hours of solid adventure.”

Located 90 minutes from London, Shakespeare’s birthplace of Stratford-upon-Avon is where travellers can discover five of the historic family homes including Anne Hathaway’s Cottage.

“The houses are all situated in Stratford-upon-Avon and are all walking distance from one another,” says Catherine Fannin-Peel, international, education and development executive, Shakespeare Birthplace Trust, who was also representing Royal Shakespeare Company. “The houses themselves attract just under a million visitors each year.”

VIP experiences and FIT options are available for groups. The Royal Shakespeare Company performs year-round so “whenever you come, at least one show will be on.”

With 120 group-friendly historic sites countrywide, including Stonehenge, and more than 400 historic buildings, monuments and sites like grand medieval castles, Roman forts on the edges of the empire and a Cold War bunker, English Heritage brings the story of England to life for over 10 million people each year.

Mercedes Picard, travel trade sales manager, says one of the newest updates is the installation of a footbridge at Tintagel Castle on the rugged North Cornwall coast, recreating the historic crossing from the mainland to the headland. Free fam visits can be arranged for the travel trade.

Fans of Downton Abbey will want to visit Oxfordshire, a major filming location for the popular series.

“If you’re looking for a Downton experience beyond Highclere then Oxfordshire has many of the iconic film locations such as Cogges Manor Farm, Swinbrook, Greys Court, Shilton and Bampton,” said Hayley Beer-Gamage, chief executive,  Experience Oxfordshire, the DMO for Oxford and Oxfordshire.

Once the home of the 12th Duke and Duchess of Marlborough, the privately owned castle house some of the finest antique collections in Europe. It’s located between London and Birmingham. Private guided options are available before opening hours. Visitors can discover 300 years of history across 2,000 acres.

“The region has it all, from stunning countryside, beautiful coast to bustling towns and cities,” said Fran Downton, senior marketing manager.

With its close proximity to London, Downton said Windsor is a great alternative to stay as the rack rate is significantly lower. The South Coast is rich with history, heritage and culture, including castles, cathedrals, museums, galleries and two National Parks. Other draws are Guildford for a traditional English countryside experience or learning about the D-Day story or visiting the National Museum of the Royal Navy.