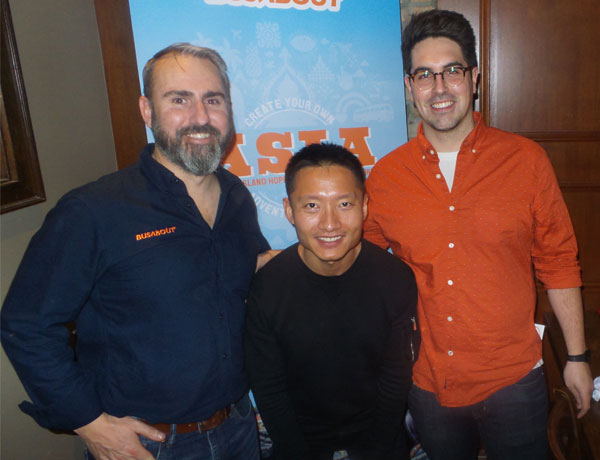 Busabout, HAGGiS and Shamrocker Adventures have launched their 2018-2019 brochure that includes an expanded Busabout Hop-On Hop-Off network with new stops in Spain and Portugal and the addition of a trip to culinary capital of Bologna.

And notes Busabout’s Damien Bennett, that tour operator’s new lineup includes Bulgaria, a first for the company, and Romania, which will now be available throughout Busabout’s Europe season. Romania – home to Transylvania, the setting for Bram Stoker’s classic horror novel Dracula – has seen Busabout clients before, but only on Halloween, Bennett noted during a Wednesday Toronto presentation.

“Halloween only happens once a year so we’ve opened up that part of Europe,” he noted, with Busabout clients, among other things, able to see a castle bearing Dracula’s name in a part of the world that’s become somewhat synonymous with vampire tales.

Romania is found on 15-day Ultimate Eastern Adventure, which also features Hungary, Serbia and Bulgaria, with the latter home to what Bennett says is believed to be the “oldest known settlement in Europe.”

“It’s a part of Europe that I think is kind of untouched,” Bennett added of Eastern Europe.

Also new to the Europe program is the two-day Croatian Adventure, and the tour operator has also decided to offer skiing in the Alps.

Meanwhile, the company’s All Stars fam trip sales incentive will see five travel agents from across Canada get a free trip to Greece. The two top producers will automatically be chosen for the trip and three others who make Busabout bookings will be considered for a random draw.