Home › Destinations › Business Is Booming In The DR

Business Is Booming In The DR 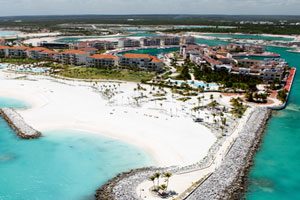 The Dominican Republic, which saw over 768,486 visitors from Canada in 2016, is reporting a 4.6% increase in Canadian arrivals during January and February compared to the same period in 2016.

Tourism Minister Francisco Javier García said on average 5,000 hotel rooms have been added annually over the past few years, and predicts a total of 80,000 hotel rooms by the end of the year.

Slated to open in December, the all-inclusive Royalton Bavaro hotel, which will boast 730 guest rooms and nine restaurants, is currently under construction.

Flight connections will be available on Thursdays and Sundays between May 17 to Sept. 3.