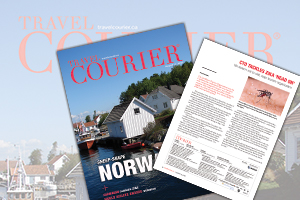 The Caribbean Tourism Organization says the Caribbean has confronted Zika virus head-on with a multi-pronged strategy it says should reassure those who are nervous about visiting the region at a time of ongoing news stories about Zika’s international spread, reports Ian Stalker in this week’s digital edition of Travel Courier.

The mosquito-borne virus has been blamed for a number of health issues, including birth defects, and has been found in numerous countries in the Western Hemisphere, among them popular Caribbean tourism locales.

Officials at January’s Caribbean Hotel & Travel Association conference in Nassau repeatedly stated that Zika didn’t originate in the Caribbean and the Caribbean isn’t its epicentre.

“I think we [the Caribbean tourism industry] have done a better than excellent job in the Caribbean in terms of assuaging the concerns of Canadians about Zika,” CTO secretary general Hugh Riley told Travel Courier during an Aug. 2 visit to Toronto.

“The Caribbean is not a hotbed of Zika,” he added. “The Caribbean has reacted to it aggressively and paid attention to local and international campaigns.”

The CTO has partnered with the Caribbean Public Health Agency – which promotes well-being throughout the region — to provide what Riley labelled “factual information about Zika,” including suggestions as to how visitors and Caribbean residents can protect themselves against mosquitoes. “It’s about us going to the scientists.”

Caribbean Public Healthy Agency information about Zika – found in 11 Caribbean countries as of February – can be found on the CTO’s http://www.onecaribbean.org website.

Riley also praised what he called “aggressive” anti-mosquito campaigns in the Caribbean, including “massive campaigns” to eliminate mosquito habitats, while conceding the Caribbean will likely never be entirely rid of the insects.

And he reported that his own homeland of Barbados hasn’t had a “single recorded case of Zika in four weeks” which he said underscores the effectiveness of anti-Zika efforts.