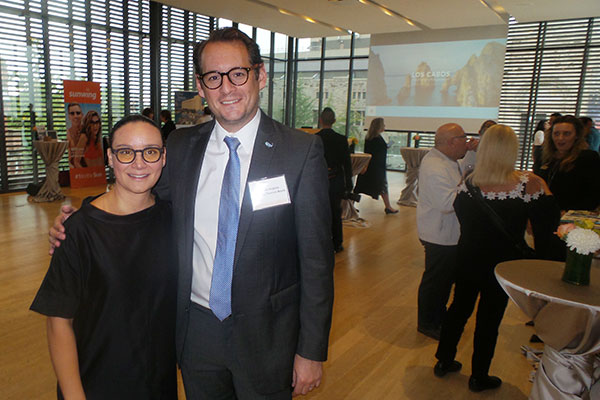 The Los Cabos Tourism Board says the Mexican sunspot’s growth is continuing, with a destination that has a nightclub owned by rock musician Sammy Hagar slated to get a Hard Rock hotel next year.

And, says Eduardo Regules of the tourism board, that upcoming resort is just one of many planned for the Baja California retreat.

Los Cabos will gain 17 hotels in the next few years that together will have over 5,000 rooms, expanding the room inventory in a destination that has seen a continually expanding tourism infrastructure, Regules told a Wednesday Toronto gathering.

A RIU property is slated to open before the end of this year.

“Our DNA is luxury,” Regules said of currently available and upcoming upscale properties, with another upcoming hotel being a Four Seasons.

There are now some 6,500 all-inclusive hotel rooms in Los Cabos and there are also plenty of options for those not wanting to go the all-inclusive route.

There are also around a 1,000 adults-only rooms.

Regules said 42% of Baja California Sur – the southern part of Baja – is in protected areas.

“Regardless of the time of the year you go you’ll be connected to nature,” he said of a part of the world that doesn’t have billboards.

Seasonal whale-watching is among outdoor activities.

Regules said the quaint community of Todos Santos is also an interesting locale.

Nov. 7-11 will see the Los Cabos Film Festival, with Regules predicting a lot of celebrities will be on hand for it.

Meanwhile, Regules noted that the Los Cabos airport sees service from eight destinations in this country.