Home › Destinations › Canada a Challenge for the Caribbean

Canada a Challenge for the Caribbean 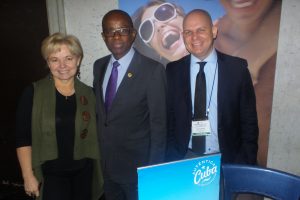 A drop in temperatures could lead to a jump in Canadian visits to the Caribbean.

The Caribbean Tourism Organization reports that the first half of this year saw the Caribbean host 2.1 million Canadians, a 3.7% decline compared to the same period last year.

The drop in Canadians came at a time when overall arrivals to the region in the first six months of 2016 rose by 5.2%, a figure which translated into 15.7 million tourist visits.

CTO secretary-general Hugh Riley told a Nov. 22 Toronto gathering that the Canadian market “has been a challenge for us this year,” blaming the drop on the depreciation of the dollar.

“We saw the numbers fall during each of the first six months with the exception of May, which was flat,” he said during a CTO awards event.

However, predictions of a cold winter in this country could lead to a rebound, Riley suggested.

“It certainly would help to have a cold, snowy Canadian winter,” he said. “Not so much for the planes to take off, but just cold enough to drive the market [south].”

Cuba remains the top Caribbean destination for Canadians.
Riley said the Caribbean’s overall performance remains strong, with forecasts of 4.5% to 5.5% growth this year leading to the total number of visitors topping 30 million this year, which would be a first for the region.