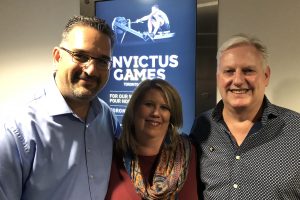 It will be a hard act to follow, but Australia is ready for the challenge as Canada wrapped up a hugely successful Invictus Games Saturday night, passing the torch to the land Down Under as Sydney gets set to host the Games next October.

The Invictus Games’ flag was passed to Australia during Saturday night’s closing ceremonies at the Air Canada Centre in Toronto, which included a Parade of Nations featuring more than 550 competitors from 17 participating countries and performances by Kelly Clarkson, Bryan Adams, Bachman & Turner and Bruce Springsteen.

“We have no borders, no president, no prime minister, we have a prince,” said one official, referring to Prince Harry, who founded the Games in London in 2014. 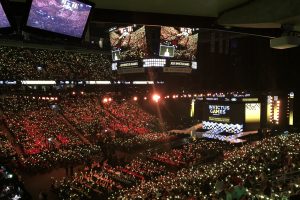 Prince Harry thanked Canada and the competitors for a hugely successful 2017 Invictus Games.

“Every competitor has given their all on the sporting field. I would like to thank and congratulate them for showing us the very best of the human spirit. You have moved and inspired us.”
Tourism Australia, represented in Canada by Vox International, and partners Air Canada and Goway Travel hosted a group of industry personnel in a private box Saturday night for the closing ceremonies.