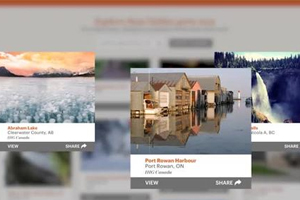 The unveiling of the Hidden Gems comes following a three-month contest that asked Canadians to share their favourite travel spots from coast-to-coast for a chance to win one million IHG Rewards Club Points.

Canada’s 150th birthday is the perfect reason to plan the trip of a lifetime locally, and Canadians have made it possible with over 4,000 Hidden Gem submissions generated through the IHG Rewards Club 150th Hidden Gems contest.

From picturesque hiking trails and secret spots for family picnics to cultural landmarks and other undiscovered local attractions, here are some of the must-see entries that made the final list:

Jonathan Lund, regional vice-president, franchise performance support, IHG, Canada, said, “We’re celebrating our nation and all the breathtaking places it has to offer. These Canadian Hidden Gems are proof that you don’t need to travel beyond our own borders to have the trip of a lifetime. We hope that our curated list of must-see destinations across the country will inspire your next adventure.”

These falls were special, as the winner and his wife first visited when dating 30 years ago and have continued to make multiple trips every year with friends and children.

With his prize of one million IHG Rewards Club points, the winner can redeem for merchandise and travel such as a roundtrip for a family of four including flights and hotels.

Throughout the contest, two additional winners were selected and given 50,000 IHG Rewards club points.

To view the full list of IHG’s top 150 Hidden Gems, go to http://www.ihgrewardsclub.com/150Canada.