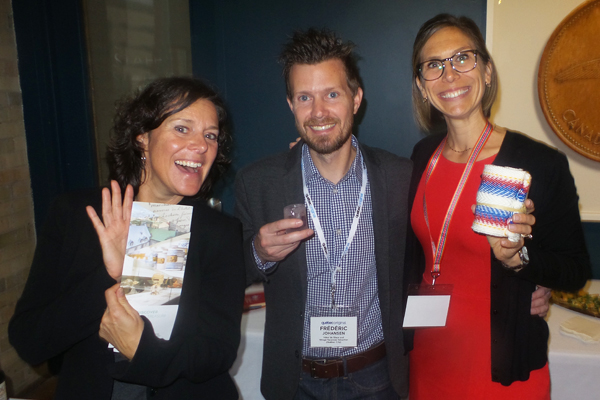 The Quebec City area is on the verge of reaching a totally cool anniversary that has repeatedly avoided Mother Nature-responsible meltdowns.

The Hotel de Glace – which translates as Ice Hotel – will this winter be inviting those in the area to stay in the winter-alone structure for the 20th time, with North America’s lone hotel literally made from ice getting ready to mark two decades of hosting those who don’t feel the need to crank the room temperature up before climbing into their hotel bed for the night.

Hotel de Glace is slated to officially reopen Jan. 2 (a late-December pre-opening is planned) and continue hosting guests through March 29 (the hotel will be demolished after that date because of concerns that warming weather and subsequent melting would make it a hazard) and Frederic Johansen of Valcartier Parcs/Hotels/Spa – which includes the property in its perimeter – says his area is eagerly awaiting the hotel’s 20th seasonal appearance.

Next year’s 20/20 season – with 20/20 a reflection of the hotel’s 20th anniversary falling in the year 2020 – will see the hotel offer 20 suites and 20 standard rooms, along with the tagline “20 years of magic,” Johansen said during a Quebec Original event in Toronto Wednesday.

Jan. 17 will see a celebration featuring bands and fireworks, with as many as 1,000 people expected to be on hand.

Hotel de Glace remains the only ice hotel in North America, with Johansen saying interest in it hasn’t waned over the years. The hotel now hosts 90,000 to 100,000 visitors a year eager to stay in what Johansen labels a “weather-dependent hotel” in which temperatures range from freezing to several degrees below freezing, temperatures that enable it to avoid melting. (Guests are also given a room at a nearby four-star hotel when they book the ice hotel and if they find their ice hotel room a little too chilly they can easily relocate, something few choose to do, Johansen said.)

The hotel – which provides guests with heavy sleeping bags that keep them warm after they nod off and counsels them on appropriate clothing – was patterned after the famed Swedish ice hotel, with a Quebecer spending two years studying the Scandinavian property before Quebec’s ice hotel was first built.

Johansen said that the hotel won’t offer what would be a totally impractical swimming pool or clearly pointless air-conditioning, but not having amenities like those hasn’t dimmed enthusiasm for it.

Quebec City has many very comfortable hotel options for visitors, but he added that the ice hotel stands alone.

“You can’t compare it to a Sheraton or a Marriott,” he pointed out. “It’s just a unique winter experience that can’t be found elsewhere in North America. If you want something different, you have to go to the Ice Hotel.”