Canadian Tourism Looks To Go From ‘Good to Great’ 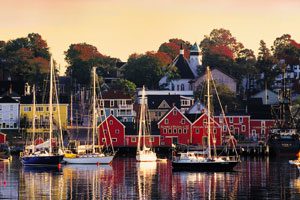 It’s Tourism Week in Canada (through June 4) and there is plenty of reasons to celebrate tourism’s importance as an economic sector.

Comprising nearly 2% of GDP the $90 billion industry is uniquely positioned as a regional economic driver from coast to coast to coast. Canada’s tourism industry directly employs 627,000 people while a total of 1.6 million jobs are dependent on tourism.

The Tourism Industry Association of Canada (TIAC) notes that travel is one of the fastest growing sectors of the global economy. In 2015 international tourism grew by 4.4% with over a billion international trips taken and generating over a trillion dollars of revenue worldwide. Canada is starting to increase its international market share and outpacing the global growth average (6.6%) for the first time in over a decade.

Canada is doing very well, but it can be doing much better, says TIAC, adding the federal government needs to make some policy changes that are undermining Canada’s competitiveness.

“Canada has strong momentum following significant tourism growth in 2014 and 2015. Now is the time for the government to act on the policy issues that will take Canada to the next level as a global destination of choice,” says TIAC president Charlotte Bell. “Market conditions are ideal with strong travel intentions in key markets, favourable currency exchange rates, increased air lift and Canada’s positive media profile. By making Canada a more affordable and accessible destination, tourism has the opportunity to dramatically improve its performance and become an even greater contributor to the Canadian economy.”

Tourism is Canada’s largest employer of youth and Canada’s largest export service sector travel generating nearly $18 in export revenue. Thirty cents of every dollar spent by international travellers in Canada goes to government revenue. Working with Destination Canada, the tourism industry has a goal of welcoming 20 million international visitors to Canada per year, spending $20 billion by 2020.

This week tourism industry advocates from across Canada are in Ottawa to meet with Parliamentarians to raise awareness of tourism’s potential and to garner support for government action on a number of key initiatives.