Canadians Flocking to the Caribbean 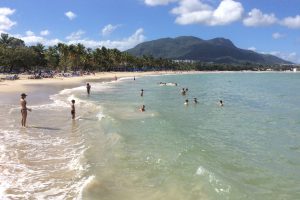 If you’ve got clients thinking about a tropical escape in the Caribbean, now is the time to turn their thoughts into action.

Although hurricanes caused widespread devastation to several Caribbean islands earlier this year, much of the region remains untouched and a hot spot for Canadian travellers. In fact, the Caribbean is the second-most searched destination on Travelzoo’s Canadian web site following Toronto, and interest is growing. Searches for the Caribbean in November were up 73% over October.

What’s more, Canadians spending their travel budgets on an island getaway is exactly the kind of economic boost the region needs to help it speed along toward recovery.

“The Caribbean is the No. 1 international destination Canadians said they wanted to visit in 2017,” says Lara Barlow, Travelzoo’s general manager for Canada, referencing an annual member survey. “Despite a tough hurricane season, the Caribbean is still open for business. Many of the islands were untouched and those that were affected have been working hard to once again welcome Canadians to the sun and sand of their gorgeous beaches.”

A survey of more than 2,500 Travelzoo members from Canada found that only 3% cancelled their travel plans to the Caribbean following the hurricanes, with 40% saying their travel plans will remain unchanged. Further, nine out of 10 respondents said they would travel to the Caribbean within two years of a major storm, and 60% said the knowledge that their tourist dollars would help a devastated region would positively influence their decision to visit the islands.

Across Canada, travel to the Caribbean was up 6.4% this year over 2016, with forecasts by the Caribbean Tourism Organization that by the end of the year more than 3.4 million Canadians will have visited one of the islands in 2017.

“The Caribbean is still a great place to travel,” says Barlow. “While devastating to specific islands, we expect the overall impact of the hurricanes on tourism to be minimal, which is great news for Caribbean nations and for Canadians looking to get a little respite from the coming winter.”