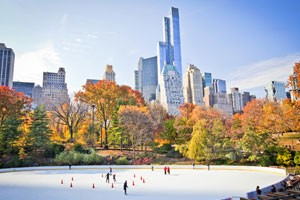 In its latest Hotel Price Index (HPI), Hotels.com reports that while New York, Las Vegas and London remained the top 3 destinations for Canadians travelling outside the country in 2015, demand for European destinations increased and there was a “renewed passion” by Canadians to travel to “more exotic” destinations.

Hotels.com’s Taylor L. Cole, observed: “Canadians have an inherent sense of adventure and have always shown a great desire to experience new and different cultures.”

Cole pointed out that: “We’re seeing that interest continuing to increase as Canadians seek out more authentic and experiential travel experiences to destinations rich in history and culture.”

In fact, some of the biggest increases among the top 20 most popular international cities for Canadians were outside of North America.

Here in Canada, the top 3 most visited cities by Canadians remained the same – Toronto, Montreal and Vancouver. Edmonton and Calgary held fast at numbers four and five respectively and a couple of surprises as Kingston jumped two spots while Regina, Halifax, Winnipeg and Ottawa all moved up one in the rankings.

For more go to http://www.hotels.com .