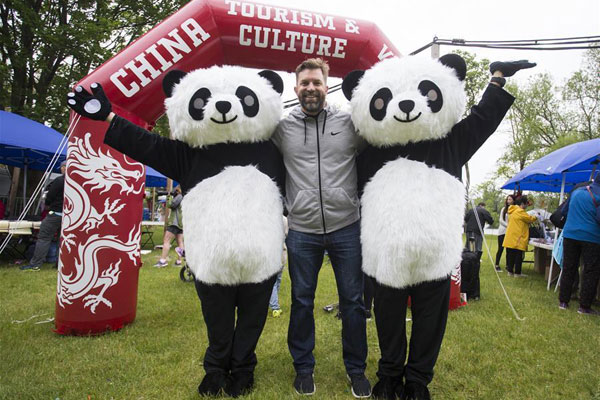 The Canadian director for the China National Tourism Office says Canadian tourists continue to be welcome in China, regardless of current tensions between Ottawa and Beijing.

Wenting Yang told a Toronto-area gathering that her office has experienced “some difficulties” in the first half of 2019, an apparent reference to the tensions that surfaced after the CFO of Huawei was detained in Vancouver because of an arrest warrant for her in the United States.

But Yang said she’s confident that travel between the Canada and China will continue on a large scale.

“The cooperation in tourism is long-term and people-to-people exchange will never pause,” she said. “China will further promote its market, and increase the popularity and reputation of tourism and culture.

“I believe Canada will also make preparations for more Chinese tourists. So let’s go hand in hand and continue to work together for the better days to come…

Last year was labelled the Canada-China Year of Tourism by both the Canadian and Chinese governments, with those governments announcing they plan to double two-way exchanges of tourists by 2025. 2018 saw mutual visits top 1.6 million people.

Canada is now the 12th-largest tourist source market for China.

Yang reported that last year saw China’s Ministry of Culture and the China National Tourism Administration merged to create the Ministry of Culture and Tourism. It in turn launched a global marketing event – China Tourism and Culture Week – which saw more than 250 cultural and tourism activities held in over 40 countries. Events in this country included a tourism and culture village at June’s Toronto International Dragon Boat Race Festival.