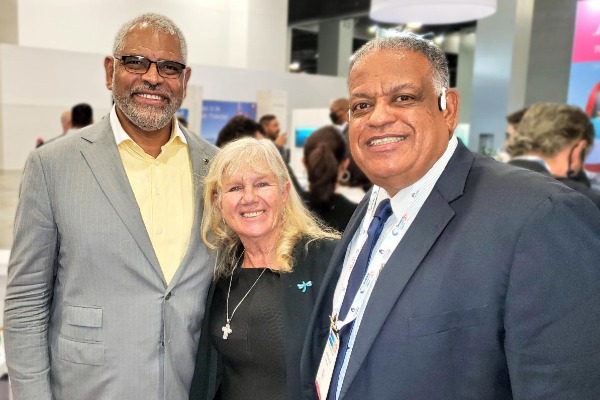 As U.S. Virgin Islands Commissioner of Tourism Joseph Boschulte sees it: “One destination does not make an itinerary.”

Speaking during the recent Seatrade Cruise Global event in Miami, Boschulte highlighted the importance of greater collaboration among Caribbean destinations and cruise line partners to ensure the safe and successful return of cruises to the region.

He said that it’s important for travellers to feel safe at every destination they visit, and working with other destinations is essential to ensure that happens.

Boschulte observed: “There has to be a collaborative effort amongst us in the Caribbean on health protocols because if a destination does not have effective protocols in place, that impacts not only the ship but also the next destination as well.”

And he reflected that while the stay-over sector performed well for the U.S. Virgin Islands throughout most of the pandemic, the destination and the region suffered a setback in the cruise sector.

Said the Commissioner of Tourism: “We didn’t have ships arriving for about 15 months before welcoming Celebrity Edge to St. Thomas in July.

He concluded: “What we have on the books for this year is obviously better than when we were at zero, but next year we expect to have significantly more calls.”