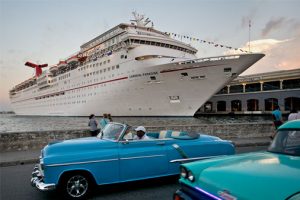 All of the voyages include a day-long call and overnight in Havana with the eight-day cruise of Aug. 18 offering two full days at the historic Cuban capital.

“Our cruises to Cuba have been very well received and we’re delighted to provide our guests with additional opportunities to experience and explore this fascinating and sought-after destination,” said Carnival president Christine Duffy.