Celebrate The Royal Engagement With Trafalgar 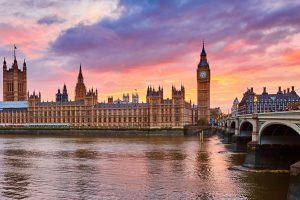 In celebration of Prince Harry and Meghan Markle’s recent engagement, Trafalgar is offering travellers who book a summer 2018 departure on its London Explorer or Delights of London and Paris by Dec. 11 a 10% early payment discount, as well as a complimentary royal afternoon tea for two at The Milestone, a prestigious Grade II, five-star boutique Red Carnation Hotel across from Kensington Palace.

An excursion to Windsor Castle and St. George’s Chapel, the romantic spot where the Royal Wedding will take place in May, is included in both trips as well.

Travellers can get the full royal treatment with Trafalgar’s London Explorer, an eight-day guided vacation through London. This At Leisure trip style starts with a sightseeing venture to iconic fixtures like Big Ben, Buckingham Palace and the Tower of London. From there, it’s off to Windsor and Oxford, and a guided visit at Westminster Abbey with a Local Specialist – where Prince William and Kate were married in 2011 – and St. Georges Chapel, where Prince Harry and Meghan Markle will wed. Stop at Kensington Palace for a Cultural Insight, where the new royal couple will reside after the wedding. The trip culminates with a leisurely cruise down the Thames before a Farewell Dinner at a historic pub.

The nine-day Delights of London and Paris itinerary visits the same regal sights in London, as well as romantic Parisian icons like the Eiffel Tower and Tuleries gardens.