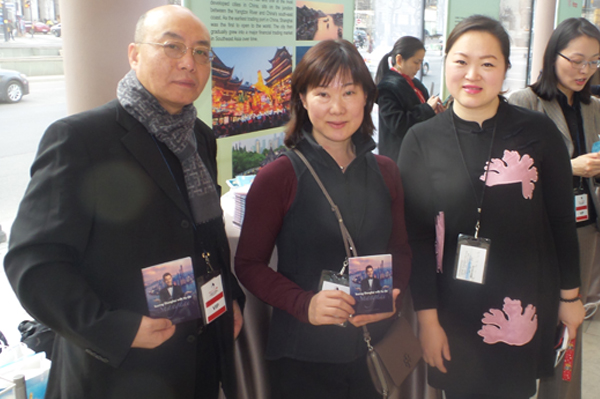 September 2016 saw the governments of both China and Canada agree to heighten two-way tourism between the countries, with a goal of doubling the 2015 number of visitors by year 2025.

Both governments believe they’re on track to reach the figure, with direct air capacity between Canada and China increasing 24.8% last year and 13 cities in the two countries now linked with direct air service.

Mutual tourist visits crossed the 1.5 million mark for the first time in 2017 and the number of Chinese visitors – already the second-largest among all inbound visitors to this country – is on track for even faster growth.

“We want to see the planes full both ways,” federal tourism minister Bardish Chagger said during the event.

Last night’s event saw representatives from 13 Chinese provinces and municipalities on hand. Those included representatives from Henan, home to the ShaoLin Temple, famed for its kung fu-practicing Buddhist monks. Last night’s ceremony featured a performance of Soul of ShaoLin, which featured numerous displays of kung fu skills while recounting a story of a child separated from his mother during a war.

There were also representatives from major Chinese tourism firms on hand.

The Chinese delegation will be meeting with Canadian counterparts and seeking new business before returning home.

Last night’s event was the opening ceremony for China-Canada Tourism Year and a Canadian delegation will visit China later this year in turn. Both sides have planned exchange activities throughout the year, with Chinese plans calling for the likes of an arrival ceremony for Canadian tourists at the city gate of Xi’an, famed for its Terra Cotta Warriors; a fam for Canadian travel agents; and Chinese tourism firms participating in exhibitions in this country, showcasing the likes of The Grand Canal, the Tea Road and the Great Wall.