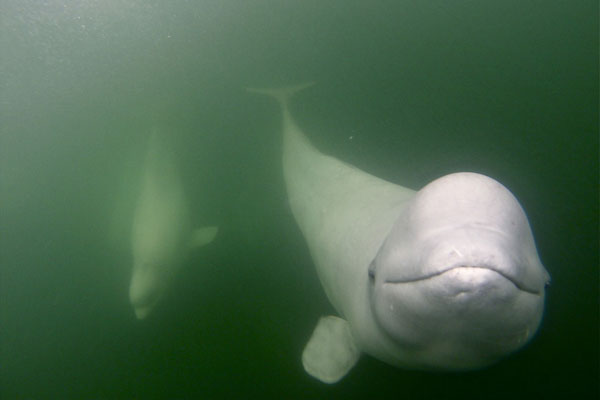 Lonely Planet has been the “bear-er” of good news for Manitoba’s tourism trade.

Travel Manitoba president Colin Ferguson told a Rendez-vous audience Wednesday that the company – known for its popular and authoritative travel guides – has named Manitoba as one of its top 10 destinations for 2019.

One of Lonely Planet’s guidebook writers earlier recounted his own visits to Churchill, Man., which bills itself as the polar bear capital of the world and has specially constructed vehicles to safely enable tourists to get near the large predators.

The writer also recounted the huge number of beluga whales he spotted while visiting Churchill, with a video showing free-roaming belugas and enabling Rendez-vous delegates to hear their distinctive sounds.

The writer also said the Northern Lights displays he saw there were better than those he viewed in Iceland.

The Churchill visit prompted the writer to pay his own way for a return Manitoba visit.

“We know it’s rare for travel writers to return to a destination on their own dime,” Ferguson told the gathering.

Lonely Planet’s declaring Manitoba to be one of its top 10 destinations this year “gives us an instant boost,” Ferguson added.

Ferguson noted his province will mark its 150th anniversary next year and said it offers “incredible experiences” for tourists.

The “surprising city” of Winnipeg was identified as a prime destination by Ferguson.

Ferguson added that Manitoba was “proudly represented” among Indigenous travel experiences being offered at this year’s Rendez-vous.