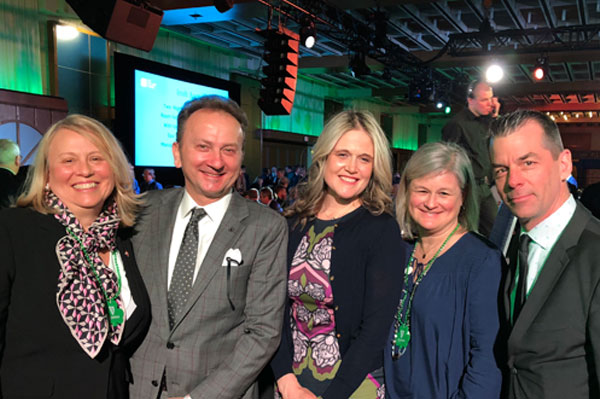 The mission of the Fund is “to harness the power of a global philanthropic network of friends of Ireland to promote and support peace, culture, education and community development across the island of Ireland and among Irish communities around the world.”

Honoured at this year’s luncheon was General de Chastelain, a retired Canadian Forces officer, the former head of Canada’s military and former Ambassador of Canada to the US. He played a key role in the Northern Ireland peace process and was chair of the Independent International Commission on Decommissioning. He also helped forge the Belfast agreement, the blueprint for peace in Northern Ireland, signed on Good Friday, 1998.