Home › COVID-19 › Celebrity Hoping Alaska Will Be On Itinerary

Celebrity Hoping Alaska Will Be On Itinerary 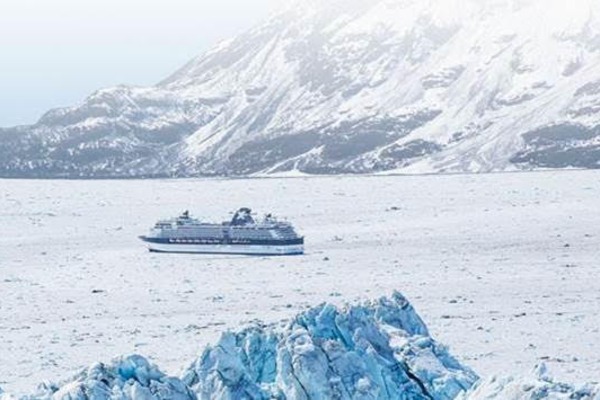 Celebrity Cruises is keeping its fingers crossed that it may start an Alaska program in August, confident that coronavirus hasn’t put the kibosh on interest in sailings in that part of the world.

Brendan Halcomb of Celebrity’s Alaska cruise/cruisetour program told a Tuesday webinar for travel agents in this country that the company has staff looking at the feasibility of sending people to Alaska this summer.

Celebrity has to date idled its fleet through July because of coronavirus but the company said during an earlier webinar it hopes to begin a gradual restart of operations later this summer.

“We’re hoping against hope,” Halcomb said of a possible resumption of Alaska cruises in August.

Halcomb said there’s “tremendous demand” for Celebrity’s 2021 Alaska cruise and cruisetours and “this really is the time” to be booking them.

The company will have three ships sailing to and from Alaska next year, with some cruises departing from Vancouver.

Halcomb said agents who sell a cruisetour in addition to a cruise will benefit from added commissions and “enhance” clients vacation experiences, many of which revolve around nature. For instance, those who opt for a cruise alone can spot the likes of sea lions and bald eagles. But a cruisetour into Alaska’s interior may lead to sightings of Alaska’s Big 5 — moose, caribou , Dall sheep, grizzly bears and wolves, Halcomb said.

“This is not Disney World. The bears will be there if they want to be and won’t be there if they don’t want to be,” he said, adding cruisetours increase the likelihood of clients experiencing “magical moments” in wildlife spotting.

Celebrity’s Alaska cruisetours use guides who live in the state and clients travel in “luxury motor coaches” and by train that have what Halcomb called “some of the finest” rail cars.

Among hotels offered in the cruisetour program is the Hotel Alyeska, which Halcomb labeled “by far and away the most luxurious hotel” in interior Alaska.

Cruisetours can be up to 13 nights.

Celebrity clients can sail either north or a sailing that heads from Alaska.

Meanwhile, Halcomb promised that those who opt for a cruise alone will still be wowed by Alaskan scenery, citing the likes of the Hubbard Glacier, which meets the Pacific Ocean. Passengers can see and hear icebergs calve from the glacier, he said, adding the area’s first inhabitants called the glacier “White Thunder” because of the noise the calving generated.

“It will take their breath away,” he said of glacier viewings for Celebrity passengers.