Home › Cruise › Celebrity Taking Passengers To The Edge Of Eden

Celebrity Taking Passengers To The Edge Of Eden 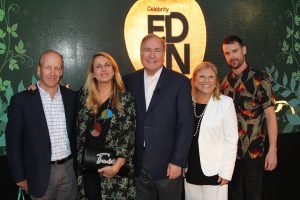 In an elaborate affair held at the Brooklyn Botanical Garden in New York Wednesday, Celebrity Cruises held its latest “Edge Reveal” – Eden, an iconic new entertainment and culinary venue aboard the Celebrity Edge, which will be launched in December 2018.

Both Edge and the newly unveiled Eden are designed to connect passengers to the sea and transform how guests experience each destination. Spanning three decks at the aft of the ship with almost 7,000 sq. ft. of glass, Eden boasts more outward-facing glass than any other room at sea.

According to officials on hand for the reveal, which included Richard D. Fain, chairman and CEO, Royal Caribbean Cruises Ltd., and Celebrity president Lisa Lutoff-Perlo, the scale of Eden, measuring 368,640 cubic ft., is bigger than the Hayden Planetarium in New York City, and Eden’s area, at 12,650 sq. ft., is larger than the Van Gogh Museum atrium in Amsterdam. 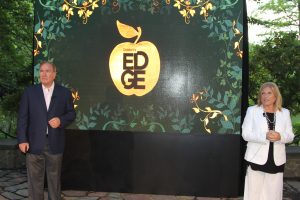 Celebrity also engaged Queen of the Night creators Variety Worldwide, who have been blending unconventional theatre with dining and nightlife for years. The result is an individualized, ever-evolving theatrical journey that puts guests at the epicenter of the performance.

“Eden, like so many aspects of Celebrity Edge, represents a unique advance in cruise ship design,” said Fain. “It’s an experience that’s multi-faceted and innovative. Connectivity to the ocean is one of the most exciting hallmarks of Edge Class, and with more glass than any other room at sea, Eden embodies that outward-facing concept beautifully.”

“The entire space is magical throughout morning, afternoon and evening when our guests will experience Eve at Eden, an experience produced by the visionary Variety Worldwide and our very own Cornelius Gallagher,” added Lutoff-Perlo. “They have all created something magical and magnificent.”

By morning, Eden is described as a chillful escape where yoga, a good book, or coffee and a croissant can be enjoyed with expansive views of the world. In the afternoon, Eden becomes more playful, with hands-on enrichment seminars and tastings to strengthen guests’ culinary prowess, cocktail-making skills and wine knowledge. The afternoon also features performances from sitar players to aerialists. As the sun sets on Eden, the evening ushers in Eve at Eden, a sinful fusion of performance art, culinary exploration and nightlife – like nothing else at sea – that promises to indulge guests’ every sense in the Eden Restaurant. Here, “Edenists will serve a choreographed series of experiential culinary temptations sure to surprise and delight.”

As dinner comes to an end, guests will be prompted by sensory cues to tempt them back upstairs, past the venue’s iconic Tree of Life – the continuation of tradition and evolution of the iconic living tree installation onboard Celebrity’s Solstice Class ships – to Deck 5. Here, a Library of Plants towers 18 feet above Eden Bar, offering fresh ingredients and garnishes for hand-crafted, artisanal cocktails.

“When people think of traditional cruise ship entertainment, there’s a very specific image that people have in mind, but the exciting thing about Eden is we’ve actually been invited to break so many of those rules,” said David Ley, director, Variety Worldwide. 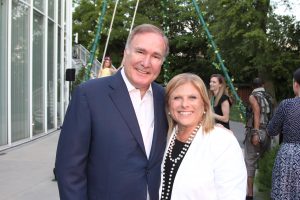 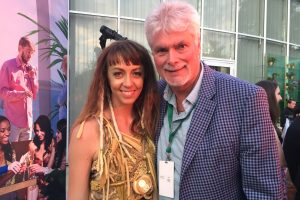 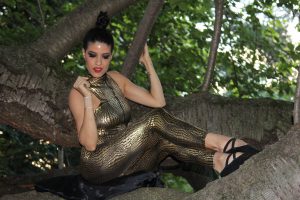 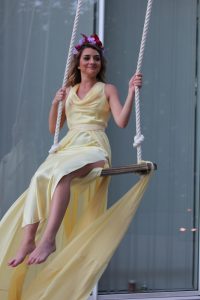