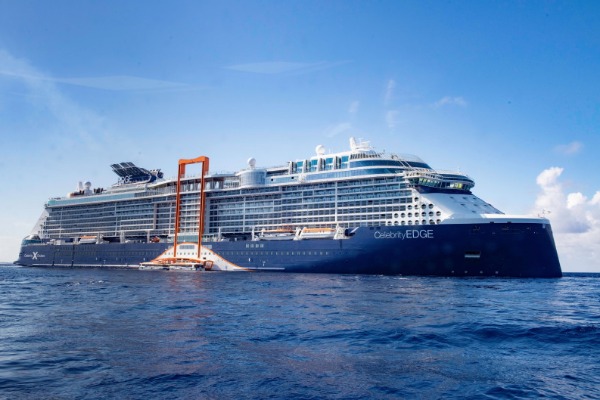 The company’s Celebrity Beyond arrived in North American waters in November and a category of ships that now has 3 vessels will see that rise to 4 in December 2023 with the arrival of the Celebrity Ascent.

“Our ships are in the water. We’re in service all over the world, ” Allan Brooks, Celebrity’s national director for marketing and sales in this country, told a Baxter Media Dec. 14 webcast.

Brenda Yeomans of Celebrity’s Canadian sales staff in turn told viewers Celebrity has “really upped the ante” with the Beyond, with Celebrity deciding to extend the vessel beyond the norm, allowing for extra amenities.

Yeomans told the webcast that passengers will find different nightly shows and there are numerous restaurant and bar options.

“Really, there is something for everyone…The food is superb…Basically, you’re going to go around the world eating and drinking.”

Yeomans said an Edge Series cruise amounts to a “relaxed luxury resort at sea,” citing the likes of the Solarium, enclosed by a see-through covering which allows users to enjoy the sun and scenery.

Yeomans said Celebrity realizes “our guests want to be special,” with the cruise company making the likes of a Sky Suite vacation available to them. It can sleep 6 people, has 2 bathrooms and is a “remarkable way to spoil yourself,” she added.

Yeomans’ colleague Laura Di Nardo noted there are different options available to those wanting to book a Celebrity cruise, among them All-Included, which includes “classic drinks,” tips and “classic WiFi.”

Sylvia also reminded webcast viewers that next year’s Cruise360 show will be held in Fort Lauderdale April 18-23 and information can be found at www.Cruise360.org.