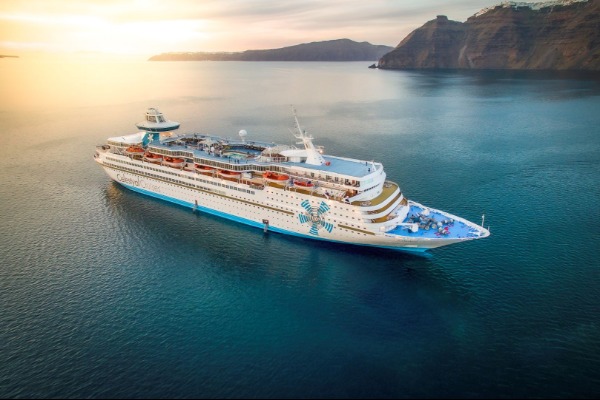 Celestyal Cruises has announced its “Escape Back to the Blue” Wave season campaign with savings up to 30% off select 2022 sailings booked from now through March 31, 2022.

Prices start as low as $449 on the three-night “Iconic Aegean” itinerary, which is normally priced at $610, reflecting a savings of more than 25%.

During the “Escape Back to the Blue” campaign, children 12 years and younger sharing the same stateroom with their parents sail for free.  Solo travelers also enjoy a reduced solo supplement on select sailings.

Celestyal is the only cruise line calling on a regular basis to the historic city of Thessaloniki. Guests have the option to join their Celestyal cruise for the first time embarking on a Sunday, benefiting from the recently announced increased airlift between key European cities and Thessaloniki.

Offers are also available on the four-night “Iconic Aegean” sailing from Athens to Mykonos, Kusadasi (Turkey), Patmos, Rhodes and Santorini, with prices starting at $559 compared with the regular price of $770.

The seven-night “Eclectic Aegean” itinerary is also featured in the campaign, starting at $919 compared with the regular price of $1,250. This itinerary departs Athens and calls upon Istanbul and Kavala in Turkey and Thessaloniki, Volos and Santorini.  Kavala is also a new stop for Celestyal.

Limited time, “Escape Back to the Blue” offers are also featured on Celestyal’s seven-night “Three Continents” cruise, which visits Egypt, Israel, Cyprus, Turkey and Greece, starting at just $1,019 compared with $1,250.

The October 15, one-time, themed seven-night “Steps of Paul” sailing, which departs Athens visits Thessaloniki, Patmos, Istanbul, Dikili and Kusadasi in Turkey is priced starting at $1,299 compared with $1,500 outside of the promotional period.

Sail on over to https://celestyal.com/us/ for more.