Home › News › Changing Lives One Trip At A Time

Changing Lives One Trip At A Time 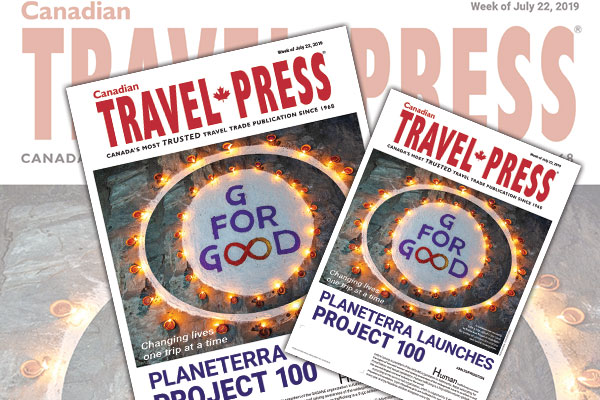 Human trafficking survivor Indira Gurung is president of the SASANE organization in Kathmandu, Nepal, advocating for the rights of rescued women and raising awareness of the widespread issue in an effort to end forced labour and sexual exploitation. Human trafficking is a $150 billion dollar industry globally and the second largest criminal industry in the world.

According to the survivor-led organization, which is supported by G Adventures’ non-profit Planeterra Foundation, 7,500 Nepalese girls are trafficked for commercial sexual exploitation every year and 54 Nepalese children disappear every day.

With little access to education and a lack of awareness and knowledge of their legal rights, women from rural areas are among the most vulnerable in the country. Traffickers frequently lure Nepalese girls with false promises of an education or better paying jobs – as was the case for Gurung.

Formed in 2008, SASANE trains survivors to become paralegals, who often serve as the first point of contact for other victims through placements in police stations and local outreach in rural villages. Planeterra teamed up with SASANE to launch the Sisterhood of Survivors program, an alternative to the paralegal program, where rehabilitated survivors are reintegrated into the workforce and gain employment opportunities in the tourism industry along with skills like conversational English.

Joined by G Adventures and Planeterra founder Bruce Poon Tip, Canadian Travel Press recently travelled to India and Nepal on a G For Good trip to explore social enterprises the adventure travel company visits and supports, and see first-hand how “travel can be a force for good.”

While visiting SASANE, Gurung put the impact of tourism on the local economy into perspective.

“Nepal is naturally beautiful and many travellers come to see Mount Everest, but at the bottom part of the mountain we have problems like there are no schools, [and] sisters are going into trafficking,” she told CTP. “When a traveller comes to visit our villages, then it helps to sustain life in the village because we get money through the travellers.”