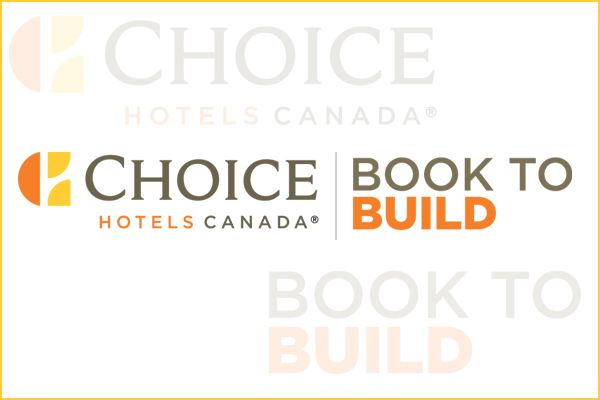 Choice Hotels Canada is kicking off its third annual “Book To Build” campaign with fundraising efforts beginning this week.

Kicking off on May 10, guests at any of the 150 participating properties will have a portion of their rooms proceeds donated to help families in need of affordable housing. The campaign runs until May 26.

“We make it a priority to give back to the community and it’s very important to us as a company,” says Brian Leon, president, Choice Hotels Canada. “Working with Habitat for Humanity allows us to build homes alongside families in need of housing and we are thrilled to be bringing back this initiative for a third year.”

Funds are being raised in a variety of ways throughout the month, with many Choice properties working on fundraising within their own communities. Members of the Choice Privileges loyalty program are also able to get involved by donating their points.