USTA Boss Weighs In On Terror 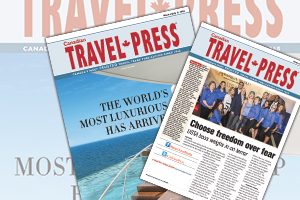 U.S. Travel Association chief executive Roger Dow has made an impassioned plea for open-door policies and connectivity in the wake of multiple terror attacks abroad and the Orlando massacre at home, reports Montreal editor, Mike Dunbar in this week’s digital edition of Canadian Travel Press.

He told a 6,000-strong audience from 70-plus countries attending IPW in New Orleans recently that America must not close its borders in order to insulate itself from similar atrocities in the future.

Dow noted, “Unfortunately, there are scary things going on in the world that sometimes make us think twice about going about our daily lives, including travel. There’s been no shortage of horrifying news lately: Our industry, our country, and the entire world have been tested but it’s impossible to insulate ourselves from risk.”

He urged, “We must not retreat out of fear but instead stay open and connected. America is not a fortress and it should not be because it would be dangerous and costly to cut ourselves off from the world.”

The Washington DC-based exec explained, “The U.S. Travel Association’s mission is to increase travel to and within the United States. As such, we believe that our response to threats in today’s world should be informed by intelligence, innovation and continuing to engage our friends and allies.”

Dow concluded, “We stand our best chance to achieve security and prosperity when travellers, and indeed all of us, choose freedom over fear.”