Home › Airlines › Clouds On The Horizon

Clouds On The Horizon 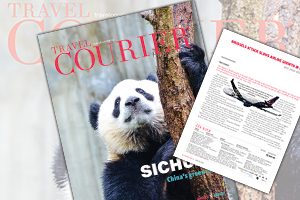 The March 22 bomb attacks on Brussels Airport, leaving 32 dead and more than 300 injured, has slowed short-term demand for air travel, but there are other issues that may have an adverse effect on airlines in the longer term according to IATA’s chief exec Tony Tyler.

The association’s traffic data for April showed that worldwide demand for seats rose only 4.6% – the slowest monthly growth rate since January last year. IATA figured that overall demand would have been around 5% if the attack had not occurred, reports Montreal editor, Mike Dunbar in this week’s digital edition of Travel Courier.

Europe numbers were particularly hard-hit, with a rise of only 1.8% compared with the relatively robust 6% growth recorded in March.

Tyler reckoned that “the disruptive impacts of the Brussels attack will likely be short-lived.” But he added, “There are some longer-term clouds over the pace of demand growth. The stimulus from lower oil prices appears to be tapering off and the global economic situation is subdued.”

The soon-to-retire IATA boss stated, “Demand is still growing but we may be shifting down a gear.”

Meanwhile, Tyler’s state of the industry report at the recent AGM in Dublin contained the following sobering assessment of the sector’s financial position: “This year people will make 3.8 billion journeys by air and our fleets will deliver 35% of goods traded internationally. Aviation makes the world a better place. In doing so, it supports 63 million jobs and underpins 3.5% of global GDP.