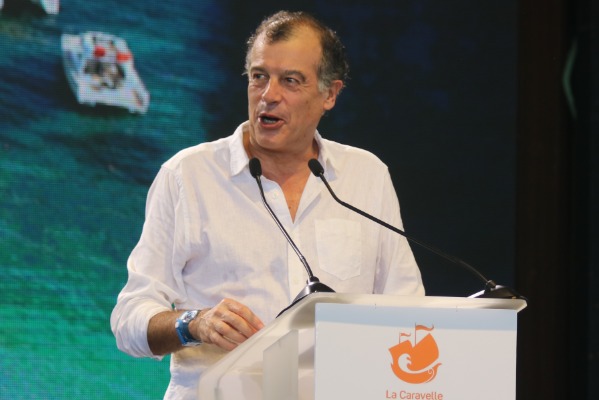 Henri Giscard d’Estaing, president of Club Med, welcomed more than 300 international guests – including international travel agents and media, plus local partners, government officials, and members of the community – to the grand re-opening of the newly renovated and expanded Club Med La Caravelle resort in Guadeloupe in mid-November.

“We are together today to celebrate and write a new page in the resort’s history, and for that I want to thank all our investment partners and the Club Med team,” he told a capacity-filled theatre during the event. “At Club Med La Caravelle we’ve built an ideal place for multi generational families, an ideal place to be happy. The purpose of life is to be happy. And the movement to be happy is now.”

The €47 million investment at Club Med La Caravelle, Guadeloupe’s only all-inclusive resort, created 100 new jobs and increased the resort’s capacity by 122 rooms for a total of 380 rooms.

All common areas and existing rooms also received a facelift with new furnishings, a fresh coat of paint, and updated design elements.

Among the honoured officials at the opening reception was Christian Baptiste, mayor of nearby town Sainte-Anne, who spoke passionately about the economic boost this renovation project will have to the people in his community and the island as a whole.

“The heart of our economy is tourism and each year we receive more and more tourists,” he said “Club Med has been involved in the island’s evolution since the resort opened in 1973 and we want to thank our valued partners because financial investments like this one will help us highlight Guadeloupe, this magnificent place, on the international stage.”

The renovation project will be completed this December.

Stay tuned to Travel Courier for an upcoming Resort Report on the property.