Home › Airlines › Condor Set To Take Off From Edmonton

Condor Set To Take Off From Edmonton 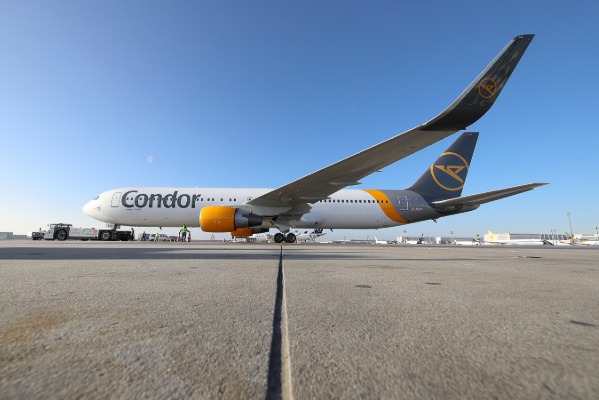 German carrier Condor’s new North American 2020 summer flight schedule has the leisure airline flying non-stop from Frankfurt to Edmonton for the first time as of June 2020.

Flights to the capital of Alberta can be booked from approximately $516, per person one-way and are offered every Monday and Thursday. In addition, long-haul destinations from Halifax and Seattle to Munich will return to Condor’s flight schedule again in summer 2020, with a Boeing 767 stationed in Munich as of May 2020.

Condor flies to the Bavarian state capital from Halifax on Fridays and Wednesdays and from Seattle on Tuesdays, Thursdays and Saturdays.

With the inclusion of Edmonton in the 2020 summer flight schedule, Condor’s Canada services will be expanded to six destinations: In addition to Edmonton, Condor will also be flying to Calgary, Toronto, Vancouver and Whitehorse from Frankfurt and Halifax from Frankfurt and Munich.

“With the additional long-haul flights next summer, we are expanding our existing summer 2020 flight schedule — not only with the new destination Edmonton from Frankfurt, but also with the non-stop service to Munich,” says Ralf Teckentrup, CEO of Condor.

“We are thus offering our North American guests an even greater selection of non-stop service to the heart of Germany and beyond,” he added.

Go to http://www.condor.com for more.