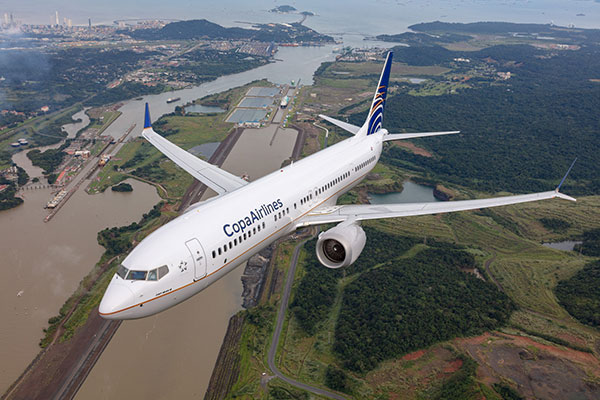 Star Alliance member Copa Airlines has entered its new “MAX Era” with the addition of the first Boeing 737 MAX9 to its fleet – one of the most modern aircraft in the market.

“After 70 years of service, the MAX9 represents a new era for Copa Airlines. We incorporated the latest Boeing technology with the arrival of this aircraft, which will be part of one of the industry’s youngest and most modern fleets,” said Pedro Heilbron, CEO of Copa Airlines. “In addition, the MAX9 is a symbol of development and growth that fills us with pride and motivates us to continue innovating, to foster efficiency in our daily practices and to promote Panama as a top destination throughout the continent.”

The new MAX Era of comfort and convenience is characterized by the aircraft’s modern configuration, with 166 seats distributed between two cabins and overhead compartments that are 50% more spacious. Additionally, the MAX9 modern engines operate 40% more quietly, making the travel experience more peaceful and enjoyable.

The airline introduced the modern Business Class Dreams, which includes 16 lie-flat seats. Each seat has a 16-inch touch screen with remote control, power and USB connectors, and twice as much space for storing personal items.

Select routes for Dreams passengers will include a new premium kit consisting of noise cancelling headphones, larger pillows and blankets of high quality fabrics, as well as a set of amenities which includes a mask and stockings with collectable Dreams designs, among others.

Copa also introduced a new section called Economy Extra, consisting of 24 seats that offer travellers more legroom, 10-inch touch screens, a USB input and two alternating current (AC) outputs in each row of three seats. In addition, these passengers will have priority when boarding their flight.