Cordis, Auckland To Get Second Tower 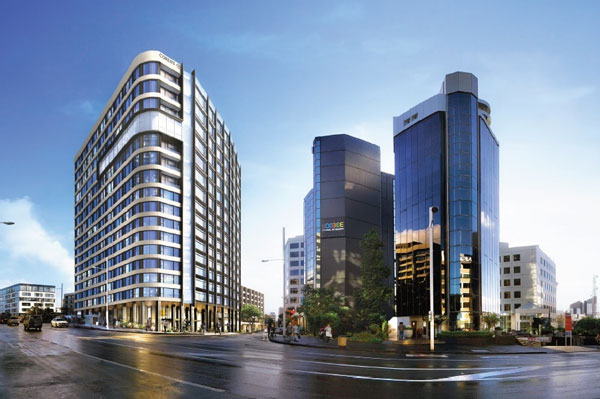 Set to be completed by late 2020 with a total of 650 rooms and suites, the recently rebranded hotel will reinforce its position as the city’s leading meetings and conference property with its new and extended event space, complemented with new food and beverage enhancements.

The new tower adjacent and connected to the existing hotel will house an additional 250 rooms and Cordis signature suites. The size of the new rooms will start from 32 square metres and a new Club Lounge will feature panoramic views of the harbour and Auckland Tower.

The hotel currently has event space in excess of 2,000 square metres, including the Great Room which is one of New Zealand’s largest pillar-less ballrooms. There are plans to add a new event space of approximately 400 square metres.

The hotel’s new tower is scheduled to be opened in the fourth quarter of 2020 in time for The America’s Cup and Asia Pacific Economic Forum (APEC), two major events slated to be held in Auckland the following year.