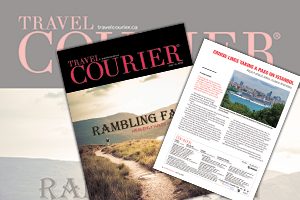 Following the recent attack at Istanbul’s Ataturk Airport, more and more cruise lines are taking a pass on Turkey this year – and some into 2017 – with only Princess Cruises and Holland America Line still offering Istanbul as a port of call, reports assistant editor, Greg Coates in this week’s digital edition of Travel Courier.

Norwegian Cruise Line has suspended all calls to Turkey through 2017 across all NCLH brands, which also includes Oceania and Regent Seven Seas Cruises.

“We will continue to closely monitor the situation and make future itinerary adjustments as appropriate.”

After a very careful and thorough review, Seabourn said it has decided to cancel port calls in Istanbul for the remainder of the 2016 season. All of these were turn calls involving embarking and disembarking guests.

“We will replace Istanbul with Piraeus (Athens). The company analyzes information regarding safety and security from many sources in making these decisions, which includes liaising with government intelligence agencies and on-the-ground port security assessments,” Seabourn said in a statement.

Princess Cruises cancelled its July 7 transit call of Royal Princess to Istanbul, with the next scheduled call set for July 28.

That call, and the remaining calls for 2016 “will be evaluated over the next couple of weeks and decisions will be made based on the then available information and circumstances at the time. The smaller Turkish transit ports such as Kusadasi will remain on the schedule for the present time.”

According to officials at Holland America Line, they are closely monitoring the situation in Turkey.

The cruise line analyzes information regarding safety and security from many sources, which includes liaising with government intelligence agencies and on-the-ground port security assessments.