Cruising Alaska A Joy With NCL 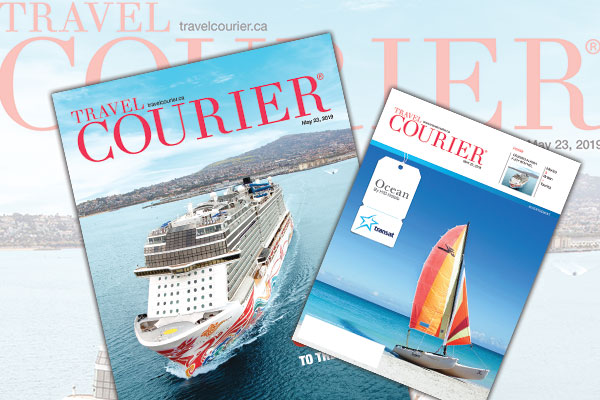 Norwegian Cruise Line (NCL) has enhanced the joy of cruising in Alaska with the deployment of the newly “revitalized” Norwegian Joy to The Last Frontier, joining sister ship Norwegian Bliss, reports assistant editor, Greg Coates in this week’s Travel Courier.

While in Juneau, history was made as Norwegian Joy and Norwegian Bliss were united as the ships swapped berths at AJ Dock.

Joy made history again as the largest ship to call to Icy Strait Point, Alaska, a cruise ship-exclusive destination that is Alaska Native owned-and-operated and features more than 20 excursions, including whale watching tours, ATV and Jeep expeditions and the world’s largest ZipRider.

Norwegian Joy will also be the first ship to berth at Icy Strait Point’s upcoming ship pier, built in partnership with Norwegian Cruise Line Holdings Ltd. to accommodate the increased presence of the company’s Breakaway Plus class ships, scheduled to be completed for the summer 2020 Alaska cruise season.

Norwegian Joy, which was purpose-built for the Chinese market, was launched in 2017 and home-ported in Shanghai. Before being re-deployed to North America, the ship underwent a US$50 million “westernization” refurbishment designed to make it almost identical to the Norwegian Bliss.

“We are so happy to bring Norwegian Joy to North America to sail alongside her sister ship, Norwegian Bliss,” said NCL president Andy Stuart. “These preview cruises will allow us to properly showcase this innovative ship to members of the media as well as our travel partners, who will experience first-hand how incredible she is.”