UPDATED: Cruising Back In Canadian Waters On Nov. 1, 2021 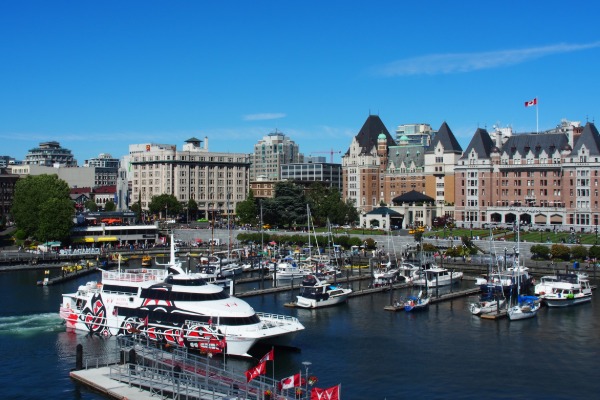 Canada’s Transport Minister, Omar Alghabra has announced that the federal government is accelerating the timing of the return of cruising to Canadian waters, announcing in Victoria, B.C. that as of Nov. 1, 2021, the prohibition of cruise ships in Canadian waters would no longer be in effect if operators are able to fully comply with public health requirements.

He noted in his remarks that the government is keenly aware that the maritime and tourism sectors have been hit hard by the global COVID-19 pandemic; observing that as we reopen safely, we are already preparing for the upcoming cruise season that will help grow our economy.

Minister Alghabra said that: “As Canadians have done their part to reduce the spread of COVID-19, our government continues to work hard to safely restart our economy and build back better. We will welcome cruise ships—an important part of our tourism sector—back in Canadian waters for the 2022 season.”

British Columbia’s Minister of Transportation and Infrastructure, the Honourable Rob Fleming was on hand for the announcement, observing that: “I would like to thank the federal government for working collaboratively and constructively with us, and for taking action on this issue that is an important part of BC’s economy. We know that cruise ship passengers want a Canadian experience in British Columbia, and we know that British Columbians want to welcome them to our cities when it is safe to do so.”

City of Victoria Mayor, Lisa Helps pointed out that: “Our local economy has definitely taken a hit, but thanks to residents shopping local and supporting their friends and neighbours businesses, many businesses are still making it work. My thanks to the Federal government for doing the necessary work to keep Canadians safe during the pandemic, but also for understanding how much the cruise industry means to the entire south island and for making this announcement today to give predictability and certainty to the industry going forward.”

Transport Minister Alghabra noted during his address that as the outlook of the COVID-19 pandemic continues to improve, Canada looks forward to having a cruising season in 2022.

The cruise ship industry, which represents more than $4 billion annual input into the Canadian economy and directly and indirectly generates approximately 30,000 jobs, is an important part of Canada’s domestic tourism sector.

Charlie Ball, Chair of CLIA-NWC, said that: “This announcement provides greater clarity for a return to cruise to Canada for next year, allowing cruise lines to begin important planning to restore 30,000 jobs and $4.3 billion in economic activity across the country that was lost when cruises were curtailed due to COVID-19 last year.”

Transport Canada had previously announced Interim Order #5 in February 2021, prohibiting cruise ships from visiting Canadian ports through to the end of February 2022. However, the revised timeline follows discussions between CLIA-NWC, Transport Canada and the Public Health Agency of Canada, as well as the British Columbia Ministries of Transportation and Tourism.

Ball noted that: “Before we can resume operations in Canada next year, cruise lines will need to re-establish supply chains with local businesses such as tour operators, hotels, food suppliers, transportation and technical support providers, as well as travel agents.”

And he added: “The extra time this announcement provides will also allow us to more effectively market cruise itineraries that include stops in Canada for the first time since 2019.”

Ball also noted that: “CLIA member cruise lines place the health and safety of their passengers, crew and the communities they visit as their top priority. We thank our cruise and tourism partners in Canada for their expressions of support, and look forward to working with the Government of Canada, provincial authorities and our many partners as we develop plans for a successful 2022 cruise season.”

Go to www.clia-nwc.com for more.