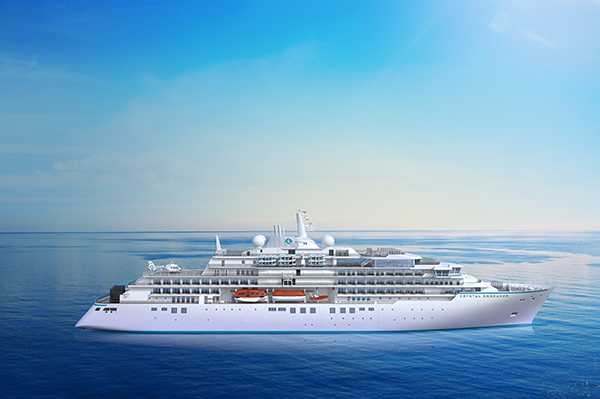 Crystal Yacht Expedition Cruises has unveiled the inaugural season of itineraries for its newest globetrotting vessel, Crystal Endeavor, spanning from August of 2020 through January 2021.

According to officials, the luxury expedition yacht will sail voyages of 12 to 22 days, far off the beaten path of traditional cruise routes. Voyages will explore the cultural and bio-diversity of Japan and the Russian Far East, New Zealand, Australia and Antarctica. Crystal Endeavor journeys will open for booking for Crystal Society guests on Aug. 8 and to the public on Aug. 22, with expedition and excursion details to be announced at a later date.

“Every facet of Crystal Endeavor is meant to take travellers beyond their previous travel boundaries and expectations. Her exceptional design, luxury accommodations and amenities have already set the stage for this, and now, as we unveil her first six months of journeys, travellers have a tremendous glimpse of the grand discoveries in store for this groundbreaking yacht,” said Crystal president and CEO Tom Wolber. “Crystal Endeavor will take guests to remote destinations not typically accessible on a cruise, as well as some iconic places, albeit with a decidedly adventurous twist.”

The locales visited will offer distinctive experiences, climate and terrain that are suited perfectly for the boldest travellers, with opportunities for hiking, biking, kayaking, snorkeling, diving, helicopter and Zodiac tours, and much more depending on the region.

In addition to Antarctic exploration, Crystal Endeavor will follow seasonal shifts to warmer destinations, where sun-seeking guests can relish waterborne and nature quests. Crystal Endeavor’s initial roster of itineraries includes 12 unique voyages with fares starting from US$12,749 per guest (based on double occupancy, excluding port taxes and fees). Guests on the maiden voyage will also receive a complimentary one-night pre-cruise luxury hotel stay and have the opportunity to participate in the yacht’s naming event.

Officials say that at approximately 20,000 GRT, Crystal Endeavor will be the largest, most spacious purpose-built polar class expedition yacht, accommodating 200 guests and boasting all the luxurious amenities and special touches for which Crystal is known. The yacht will feature generous public spaces, a full-service spa & salon, six restaurants including Nobu Matsuhisa’s Umi Uma, expedition rooms and elegant suites.

Set to debut in 2020, the ship will sail a series of charters and special event voyages before it begins its inaugural season on Aug. 10.