Resellers Not Required To Hold An Air Licence 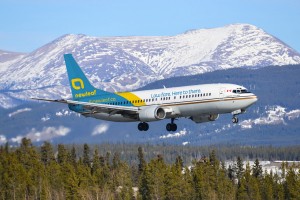 NewLeaf Travel is applauding the Canadian Transportation Agency’s decision that the company is not required to hold an air licence because it is a “reseller,” with company officials indicating that with this decision, they believes the stage is now set to “turn over a new leaf” in the Canadian travel industry.

Jim Young, CEO of NewLeaf Travel Company, commented: “We’ve read through the determination by the Canadian Transportation Agency and we are pleased that it has fulfilled its mandate to bring regulatory clarity to the marketplace – this is a victory for Canadian travellers.”

Young said that: “The introduction of the distinctive term ‘reseller’ in airline regulation not only clarifies the role of NewLeaf in the travel marketplace, but also allows for innovation and consumer choice, while maintaining consumer protections.”

Describing these companies as “resellers,” the CTA determined that “NewLeaf Travel Company Inc., should it proceed in a manner consistent with its proposed business model, would be a reseller that is not operating an air service and therefore, would not be required to hold an air licence, as long as it does not hold itself out to the public as an air carrier operating an air service.”

The CTA also said that in determining whether “a reseller is holding itself out to the public as an air carrier, [it] will consider whether it makes it clear through its marketing material, including on its website and tickets, that it is a reseller, while clearly identifying the air carrier that is operating the aircraft.”

As well, the Agency said that air travellers will continue to be covered by the terms and conditions of carriage set out in the actual air carrier’s tariff, which will be monitored by Agency staff to ensure that legislative and regulatory requirements related to consumer protection are fully respected.

In addition, the Agency will post information on its website explaining the difference between resellers and air carriers, to help Canadians make informed purchasing decisions.

Scott Streiner, chair and CEO of the CTA, said that, “This is an important determination that will help create clarity and predictability for the air industry and travellers.”

Streiner continue, “The determination recognizes the evolution of business models, encourages innovation and consumer choice in the market, and ensures continued protection for passengers.”

The CTA noted that its determination “reflects the most reasonable interpretation of the statutory requirements related to domestic air licences and was made after careful consideration of submissions received through a public consultation process, held in December and January.