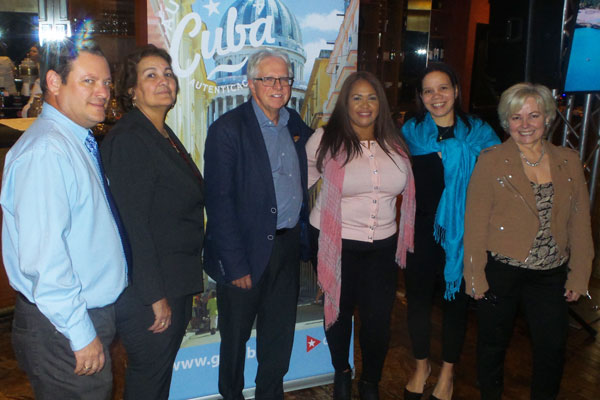 Cuba is on the verge of gaining 4,000 hotel rooms, including ones in a hotel that will be a first for the country.

Lessner Gomez, director of the Cuba Tourist Board’s Toronto office, told a Tuesday Toronto gathering that the country has “practically new hotels in every single destination” and is introducing a new generation of modern and upscale hotels in Cuba.
Among hotels that could open on Cayo Guillermo as early as this year is the Rainbow Muthu, which will be the first Cuban hotel to primarily cater to the LGBT community, although all will be welcome.

The hotel – which will display the gay flag – is the first on the island to reach out specifically to gay travellers, with Muthu’s Ivan Pierri confidently predicting its guests will be warmly welcomed by locals.

The Cuban government has earmarked Cayo Cruz as the latest island off Cuba’s north coast as a tourist destination, with the 546-room Valentin Cayo Cruz the first hotel to open there.

It will be followed by the 60-room Marina Plaza Hotel & Spa.

“This beach is comparable to Cayo Largo, with incredible blue turquoise water that invites tourists to relax and forget it all,” Gomez said of Cayo Cruz.

Among Havana hotel openings will be the Sofitel Paseo del Prado, which will have 250 rooms and be located in “one of the most beautiful areas in Havana,” Gomez reported.

Another upcoming upscale hotel in the Cuban capital will be the Gran Hotel Bristol Kempinski, which will open late this year and be Kempinski’s second hotel in Old Havana.

This year saw the opening of the Melia International Hotel in Varadero, with Gomez declaring that the “absolutely spectacular” hotel is on “the “best part of Varadero Beach.”

New hotels are also scheduled to open in Trinidad, Holguin, Cienfuegos, Havana and the Cayos next year.

Meanwhile, he noted there are 26 Canadian gateways for those wanting to visit Cuba.

“I’m more than confident that we will have a great winter season and as always we count on you for your support,” he told travel agents, hoteliers and tour operators on hand.