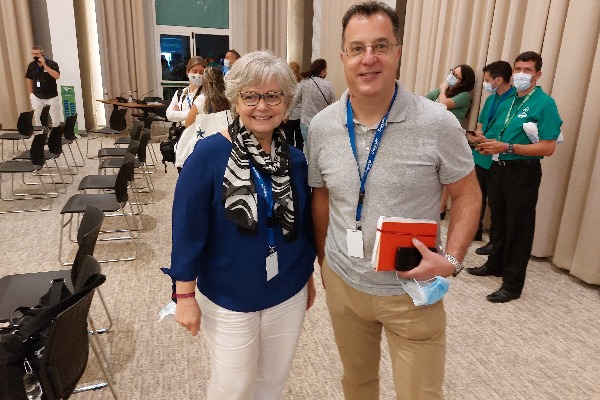 Cuban prime minister Manuel Marrero Cruz says his country is both a sunny and safe destination for coronavirus-wary travellers who continue to hear media reports of countries struggling with the pandemic, reports Press Today’s Ian Stalker who’s in Cuba attending the event.

Marrero Cruz said during a Wednesday presentation at a tourism fair held by Cuban tourism company Gaviota that his country of over 11 million people saw only 77 reported coronavirus cases on Dec. 8, while its capital of Havana — home to over 3 million people — saw a scant 14 cases.

“Cuba is completely open at the moment, including the hospitality industry,” Marrero Cruz said.

The overwhelming majority of Cubans have been vaccinated and Cubans are expected to wear masks in public.

The Gaviota fair — which has attracted hundreds of delegates — “sends a clear message” that Cuban tourism is on the rebound, Marrero Cruz said.

The fair is taking place on Cayo Santa Maria, one of a number of sun-soaked islands off Cuba’s north coast being developed for tourism.

“Nature gave us the best beaches so we have a wonderful destination,” Marrero Cruz said. while also praising “top-notch” hotels.

Meanwhile, Melia CEO Gabriel Escarrer — whose Melia Cayo Santa Maria is the host hotel for the fair — praised Cuba’s handling of the pandemic, saying it had done so better than most other countries.

Escarrer — who called Cuba the “pearl of the Caribbean” — pointed to Melia having a broad Cuban presence, with over 30 hotels on the island. “Cuba is part of the DNA of Melia,” he said.