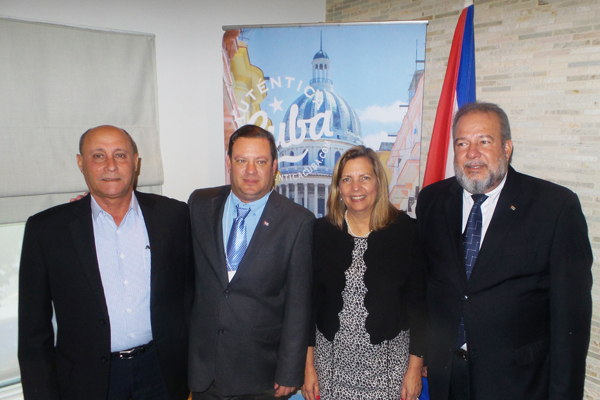 Marrero told a Toronto audience Tuesday that the Cuban government has had to make energy adjustments this fall after the American administration moved to make it more difficult for Cuba to import oil by ship.

That in turn led to suggestions on social media that elements of Cuba’s tourism infrastructure were being hampered by shortfalls of needed fuel.

However, Marrero insisted that wasn’t the case and said claims that fuel shortages forced the closures of some Cuban hotels were unfounded.

There are now 20 hotels in Cuba that are closed, but that’s because of low occupancies during this slow tourism season and maintenance work that needs to be done, he said, adding fall closures of some hotels is a standard practice.

“We have more than enough hotels for the high season,” he said. “Tourism is working normally today.”

The now-closed hotels will be open for the busy tourism season, he continued.

Marrero also said that priorities mean that Cuban homes aren’t having to make do without electricity.

Marrero said the fuel situation issue “was concentrated in September” and is now improving and the Cuban government decided to buy oil tankers so it won’t be vulnerable to efforts by the US government to restrict tanker shipments of petroleum to Cuba.

“We have a very good professional,” he said of Lessner Gomez.

Gomez has worked for years in Cuban tourism, including in Avila.