Home › Destinations › Culture In The Land Of Smiles

Culture In The Land Of Smiles 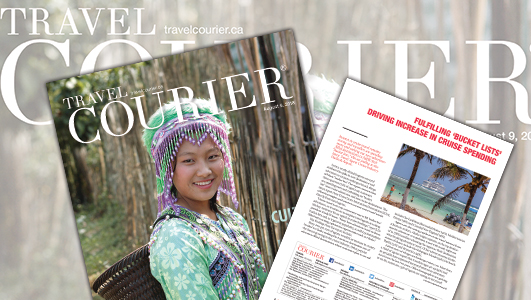 For 18 days in early July, the attention of the world was drawn to a tiny, mountainous corner of northern Thailand where 12 boys from a junior soccer club and their coach were trapped deep in a cave complex by rising flood waters, reports western editor, Ted Davis in this week’s digital edition of Travel Courier.

As the extent of their peril became evident, media from all corners of the planet descended on the Tham Luang cave system to cover the increasingly tense story. Tham Luang lies under the mountains near the town of Mai Sai, in the north Thailand province of Chiang Rai.

The decision by the coach and his team to explore the caves may have proven fatal, as seasonal rains raised water levels, cutting off avenues of escape and forcing the group to seek refuge further into the cave complex. If not for the efforts of divers who ultimately saved the group, the tale would have likely had a tragic ending.

Given the enormous media focus that has raised international awareness of Chiang Rai, a decision has apparently been made to develop a museum to commemorate and describe the rescue operation at the Tham Luang caves. The area’s largely limited tourism facilities are expected to grow in the future.

The area will become a living museum to show how the operation unfolded, said Narongsak Osottanakorn, the head of the rescue mission, in news reports. “It will become another major attraction for Thailand,” he said.

Safeguards will be implemented to protect tourists from flooding during the monsoon season, which lasts from June until October.

But having arrived in Chiang Rai province, will visitors have other tourism options available to keep them busy and occupied? Absolutely! And in doing so, they can count on experiencing a depth of Thai culture that is maybe more apparent than in the big urban centres.

Chiang Rai is touted as presenting an entirely different aspect of Thailand to visitors – one that is at odds with the sand and sea image that is commonly depicted for the country. With highlands rising to rugged mountains, the climate cools to less intense levels of heat and humidity. This is the land of the Golden Triangle.