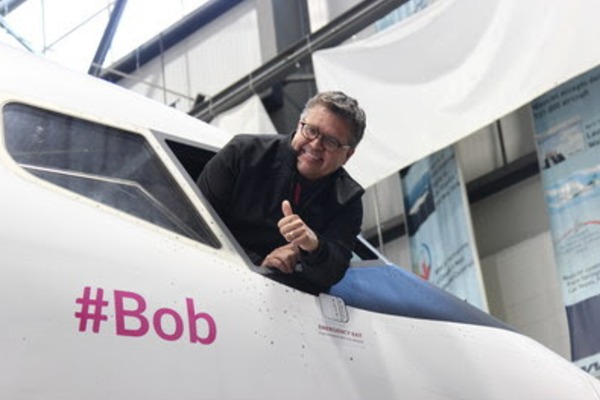 Bob Cummings has returned to the WestJet Group’s Executive leadership team as President of Swoop and will take on his new role on April 18.

Alexis von Hoensbroech, Chief Executive Officer, the WestJet Group, said: “I am delighted to welcome Bob back to the WestJet Group to lead Swoop through this pivotal time for affordable air travel in Canada. Bob’s passion and knowledge of the ULCC market, his strength in leading high-performing teams and his impressive track record with the WestJet Group, will ensure that Swoop continues to lead the way in providing Canadians with access to ultra-low fare travel.”

As for Cummings, he pointed out that: “Swoop was created to make travel affordable and accessible for the most price-conscious travellers, and as we continue to expand and offer more schedule options, people can book with confidence when choosing our Canadian, ultra-low-cost airline.”

And he added: “I am elated to return to The WestJet Group’s leadership team and am looking forward to working alongside Swoopsters to bring more choice, lower fares and certainty to the market.”

Most recently, Cummings spent two years at the helm of Central Mountain Air as Chief Executive Officer. In this role, he led through pandemic turbulence and positioned the regional airline for success in recovery, while building the airline’s culture.

Prior to Central Mountain Air, Cummings spent 13 years with the WestJet Group, spanning several notable Executive Vice-President positions, including President of Swoop in 2018, where he was responsible for the start-up and launch of Canada’s first successful ultra-low-cost airline.

During his tenure with WestJet, he led the growth of WestJet Vacations, WestJet Rewards, and was integral in the launch of WestJet Encore, WestJet’s regional airline.

As WestJet’s Chief Commercial Officer, Cummings grew the airline’s revenue from just over one billion to more than $4.5 billion. Prior to joining WestJet, he spent more than 13 years in leadership positions in the utility and telecom markets.

With his extensive North American commercial aviation experience, Bob will continue to build on Swoop’s strong foundation in recovery.

“I would like to thank Charles Duncan for his leadership of Swoop over the past two years,” von Hoensbroech said. “Charles has played a key role in Swoop’s expansion and recovery and will now transition into a new role supporting various strategic projects and initiatives as Executive Vice-President, Integration and Strategic Projects.”