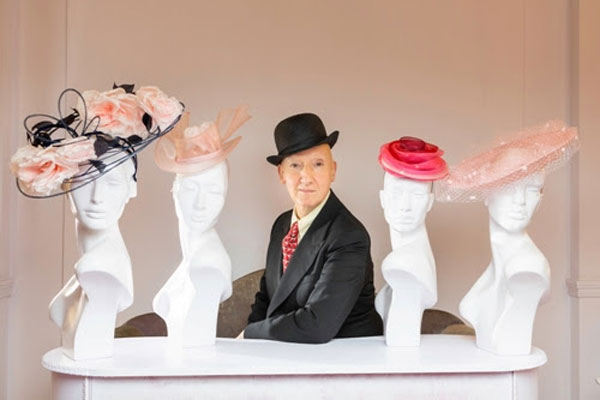 Headlining 2019’s event, British milliner Stephen Jones OBE is considered one of the world’s most influential milliners of the late 20th and early 21st centuries. Described by Vogue as the “go-to man when it comes to making headline hats,” he has worked with everyone from Diana, Princess of Wales to Mick Jagger and fashion greats including Vivienne Westwood. Jones will be on board to showcase some of his most memorable pieces in two runway shows and participate in a Q&A session on his career so far.

Angus Struthers, VP marketing and sales (UK) Cunard, commented, “Transatlantic Fashion Week is a truly unique experience that goes from strength to strength, and our line-up this year is exceptional. Alongside the talks, shows, exhibitions and workshop sessions from a who’s who of the fashion world, I am delighted that our guests will also have the chance to meet with all our featured fashion influencers. When you then add in the backdrop of the world’s only ocean liner, Queen Mary 2, as she sails across the Atlantic, you have lifelong memories in the making – such a unique opportunity within the stunning setting offered by Queen Mary 2.”